In 1978 two wacky bartenders decided to go into the restaurant business. Why not? How hard could it be? Restaurants were crowded; people would wait in line for hours to get good food. Well, hard it was! After a few years of falling all over themselves, they discovered the magic, QUALITY. All great products are built on it, and quality it would be. Right then and there they vowed that everything they sold would be made from the absolute best products available. That one decision has been the true success of this restaurant. Quality caused employees to stay and become good at their jobs. Quality caused customers to come back again and again. Quality is why the Hickory House has been in business since 1979. That high level of quality and family tradition, are what keep us going. Our customers enter our doors as our guests and leave as our family. We are truly a family owned and operated business. The founder’s son-in-law and nephew are now carrying on that family tradition. We are three decades strong and the tradition continues. Thank you J.D., dreams do come true.


What Makes Us Different

Our ribs are the finest two-pound baby backs money can buy. Our seven-spice rib rub and original Bar-B-Que sauce are made from scratch. All our steaks are hand cut from the best available aged, choice cut beef. They are never frozen and are always U.S.D.A. inspected. Our filets are only center cuts, as are our New Yorks, Ribeyes and Tops; and our Porterhouse is one of the best steaks in the business. Our Chops are signature cuts. Our Chicken Breasts are always fresh. Our Hamburger is made from fresh U.S.D.A. Ground Chuck. Our Soups are made from scratch.

The restaurant business is like air and water to Tony Torchia. He has a remarkable passion for the business. His love of the industry began at age 15 when he forged his birth certificate to begin work as a bus boy at a fancy restaurant in Pittsburgh, Pennsylvania, his home town. After graduating high school, at his father’s insistence, he moved to Newark, Ohio to attend technical school. But after seeing dozens of middle-aged, hard working men and women get laid off, he quickly vowed he would only work for himself.

It was then that he and his best friend, Jim Alexander, opened their first bar (Jim is the second "wacky bartender" on the front page of our menu). They opened TJ's (for Tony and Jim) and later opened TJ's II. Then, they made the decision to try the restaurant business - little did they know just how hard it would be (his daughter Dawn remembers taste-testing ribs and BBQ sauce as a little girl, and his wife recalls the small loan they had to take from her father to keep the business afloat). But it didn't take long to hit the mark, and discover the perfect ingredients. The rest is a true success story, a story built upon pages of hard work, loyal customers, and outstanding staff.

Tony quickly realized that customer service was the differentiator. That's why today, we continue to focus on our customers, who truly are our family. It is remarkable how many people have come through our doors as regular customers for 36 years. We thank you for your business!

Tony loves spending time with family and friends and is especially happy when he is with his four grandchildren - three boys and one sassy little girl! His beautiful wife of more than 40 years is behind this success story, for without her... well... you just never know what would have happened.

Pride is the word that best describes Tony's feelings about his son and nephew taking over the family business. "I never in a million years imagined that The Hickory House would continue past me. I can't even describe the pride I feel in knowing our story lives on."

“Nothing in the world can take the place of persistence. Talent will not; nothing is more common than unsuccessful men with talent. Genius will not; unrewarded genius is almost a proverb. Education will not; the world is full of educated derelicts. Persistence and determination alone are omnipotent." 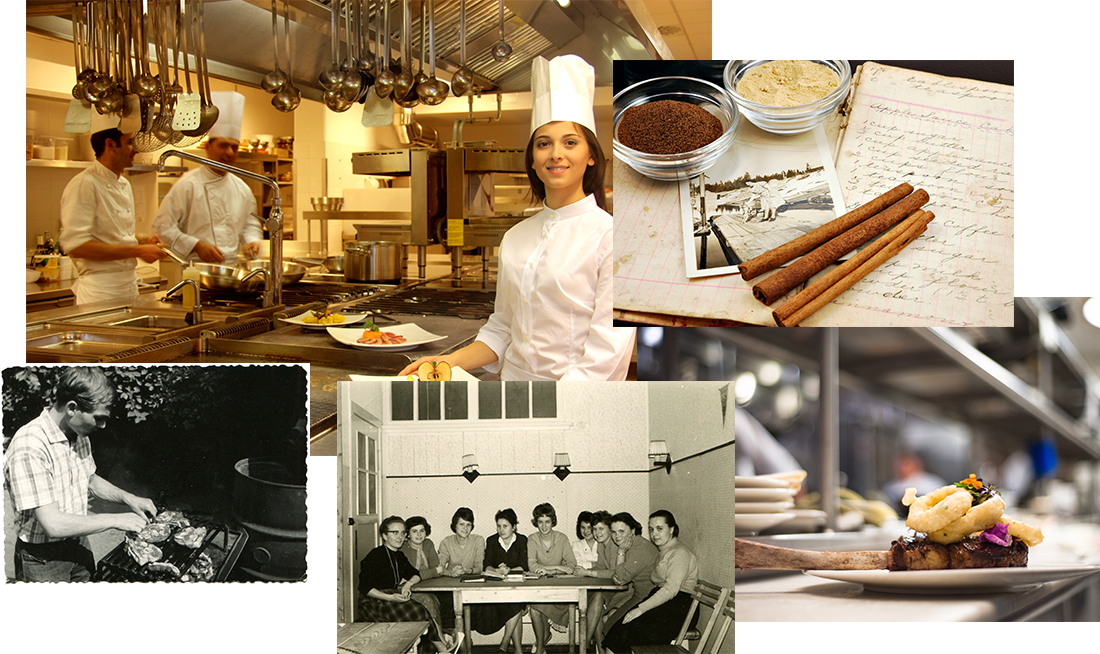 Owner Chad Hunter is proud to be a part of the family business. Chad officially took over the Reynoldsburg location in June, 2011. "Columbus may not be my home, but half of our family is here and our customers have made me feel at home. I have come to love this business and we are thrilled to be here with family and friends."

Chad was born and raised in Central Illinois. That's where he and Dawn (Tony's daughter) met, married and started their family. They moved back home so Tony could enjoy a proper retirement; although we all know he will never truly step away - and we wouldn't want it any other way! "This business was Tony's baby, his pride and joy, and we have promised him that we will continue to take care of our customers, which is what's most important to him."

Chad has extensive management experience, fulfilling upper management roles in one of the nation's largest healthcare systems, managing facilities for developmentally disabled clients. Chad holds a special place in his heart for the people he worked with and cared for.


Dawn works behind the scenes assisting with communication efforts and marketing materials - this work happens late at night, after their two boys, Noah and Quinn, ages 7 and 6 respectively, are sound asleep. Dawn has a solid communications background, working as a television News Anchor and Reporter, and a Public Relations Director for an inner city public school district in Illinois. Dawn is now employed as a Communications Consultant at Nationwide Financial.

Chad and Dawn value time with family and friends; their boys are their reason for being; Chad also enjoys lifting weights, fishing, and target shooting, and if you have met Chad, you know he is a die-hard Denver Broncos fan!

Owner Jimmy Torchia's involvement with The Hickory House began at a young age. He vividly recalls his family packing up the car each summer to travel from Pittsburgh, Pennsylvania to Columbus, Ohio to visit Uncle Tony and Aunt Dee. His favorite part of the trip was eating at Uncle Tony’s restaurant. Jimmy and his brother thought Uncle Tony was about the coolest guy alive - he owned his own restaurant, the food was incredible, and the place was always busy.

Fast forward twelve years; Jimmy graduates college with a marketing degree, is working a low paying job at a marketing firm and part time at a pizza place, and trying to find his career. He remembers overhearing a conversation between Tony and his Aunt Cathy – Tony says, “I can’t believe none of my nieces or nephews have asked for an opportunity to become a part of the family business.” Well, that’s all Jimmy needed to hear. He soon moved to Columbus to learn the business inside and out. Jimmy trained in each area, from the kitchen to the bar, but he also learned about the history of the restaurant, “Tony made me understand that The Hickory House is more than a business. Tony’s dream was made possible by a few very special people who were willing to help him in any way they could. It’s hard to explain really.” Jimmy remembers meeting Larry Pryor, a man Tony affectionately referred to as “Pop”. Pop was the man who trained Tony to tend bar. He also heard numerous stories about Tony’s first partner and best friend, Jim Alexander. “It’s in these stories and through these people that you truly understand the family business.”


In early 2003, Tony and longtime friend Don Pinnell decided to open another Hickory House, this time in Gahanna. Jimmy would be the general manager. “This was my opportunity. We opened the restaurant in June of 2003 and never looked back. Under Tony and Don’s guidance we made The Hickory House in Gahanna a success.” One of Jimmy’s best friends, Frank “Buddy” Naccarato moved from Pittsburgh to become the chef. Later, Tony’s daughter and son-in-law moved home from Decatur, Illinois. “Around the same time I purchased the Hickory House in Gahanna, they took over operations at the Hickory House in Reynoldsburg. We work very well together and have a common goal in mind. We plan to grow and perpetuate The Hickory House name as a family. I couldn’t be happier.”